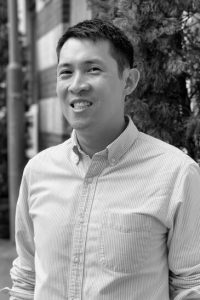 Christopher arrived in Hong Kong in 2007 after brief stints in Beijing and London. Originally from the United States, Christopher began his career working for the Walt Disney Company’s International Labour Standards Group in Los Angeles. He moved over to the finance industry first as an investment analyst for Hamon Investment Group before becoming a fund manager at Union Bancaire Privée, a Swiss private bank. As a European educated, Asian American, Christopher is a natural communicator, allowing him to translate foreign concepts and ideas into local terminology. This allowed Christopher to transition into financial journalism where he worked for the Motley Fool, and most recently served as Deputy Editor for FinanceAsia.

Christopher holds a Master of Philosophy (MPhil) from Cambridge University. As an undergraduate, he doubled majored in Mathematical Economics and Psychology from Pitzer College in Claremont California.